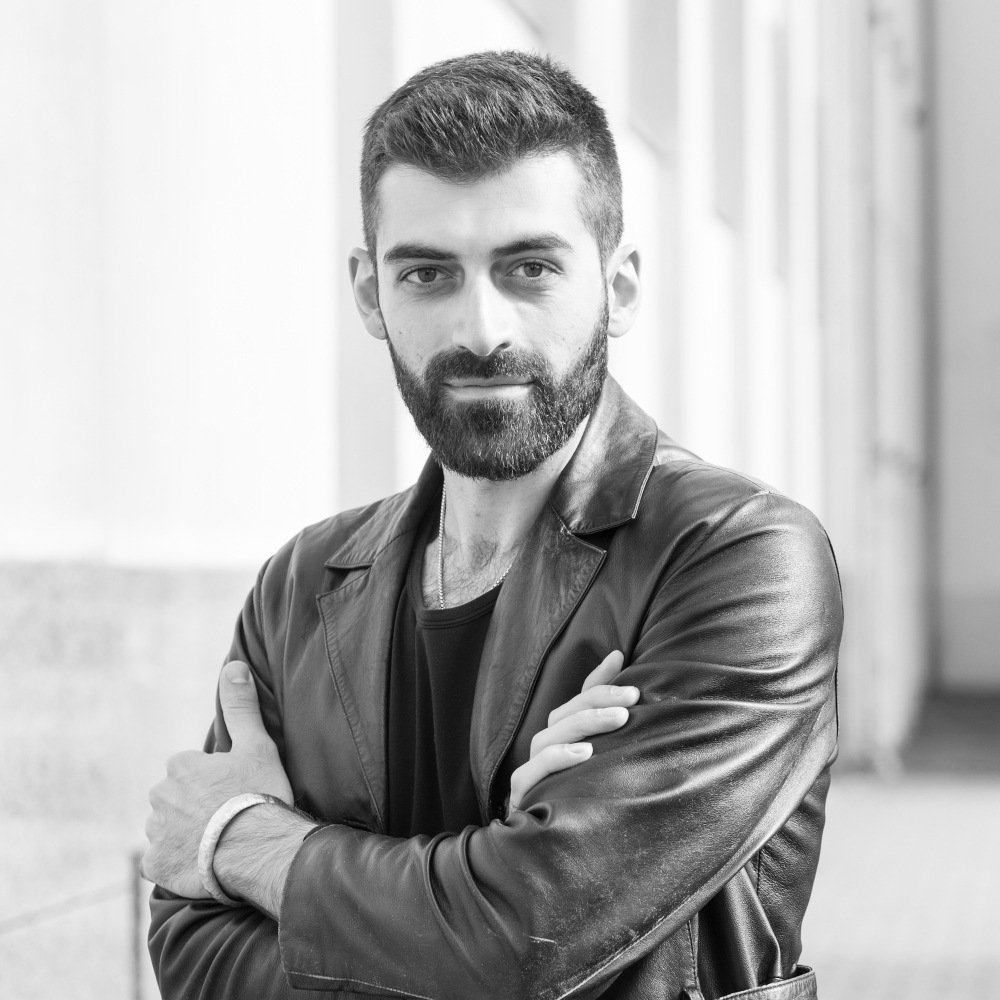 „Tartanis had a complete triumph with these exceptionally demanding pieces of radical stylistisc and aesthetic diversity“ (Efsyn): The young conductor Ektoras Tartanis has come to international attention in a wide range of symphonic and operatic productions from 18th century to contemporary music. As musical assistant to Teodor Currentzis, who has been a key influence for him, Ektoras Tartanis has played a role in groundbreaking musical projects around the world.

This season has Ektoras Tartanis conduct the Orchestra royal de chambre de Wallonie in several programmes of contemporary music. Recent season for Tartanis include new Theater Freiburg productions under his musical direction of Verdi's Macbeth and The Rake's Progress by Igor Stravinsky. At Theater Freiburg he also led opera projects like a new production of Weber's Freischütz and the opera Emmet Takes A Walk by Peter Maxwell Davies, staged by Herbert Fritsch, to great critical acclaim.

The 2019 Salzburg Festival saw Ektoras Tartanis assist Teodor Currentzis and Peter Sellars with Mozart‘s La Clemenza di Tito. Other important milestones included his conducting of a new Lucia di Lammermoor production in 2019 with the MusicAeterna Chorus and Orchestra at Perm Opera. His debut with the SWR Stuttgart Radio Symphony with Patricia Kopatchinskaja as soloist was a great success with audience and critics alike. Previously Ektoras Tartanis had served as First Kapellmeister and deputy music director at Stadttheater Bremerhaven. His professional path had started as an assistant conductur with the Wuppertal Symphony and Opera.

As a composer and conductor, Ektoras Tartanis puts special emphasis on contemporary music. Among the many world premieres under his baton is the chamber opera The Rosenhahn Experiment by Tim Benjamin, and several of his own works, including with Argo Ensemble, an orchestra he created in 2016 to seek new concert formats and innovative programmes.

Ektoras Tartanis studied conducting at the Royal Northern College of Music in Manchester with Clark Rundell and Mark Heron and at Anton Bruckner Universität Linz, where he completed his bachelor‘s and master’s degree with honours, studying with Ingo Ingensand. He also attended masterclasses with Bernard Haitink, Sir Mark Elder, Juanjo Mena, Lothar Zagrozek and Mark Shanahan. In 2021 Mr. Tartanis won the jury’s Special Prize for Best Interpretation at the International Khachaturian Conducting Competition in Erevan.