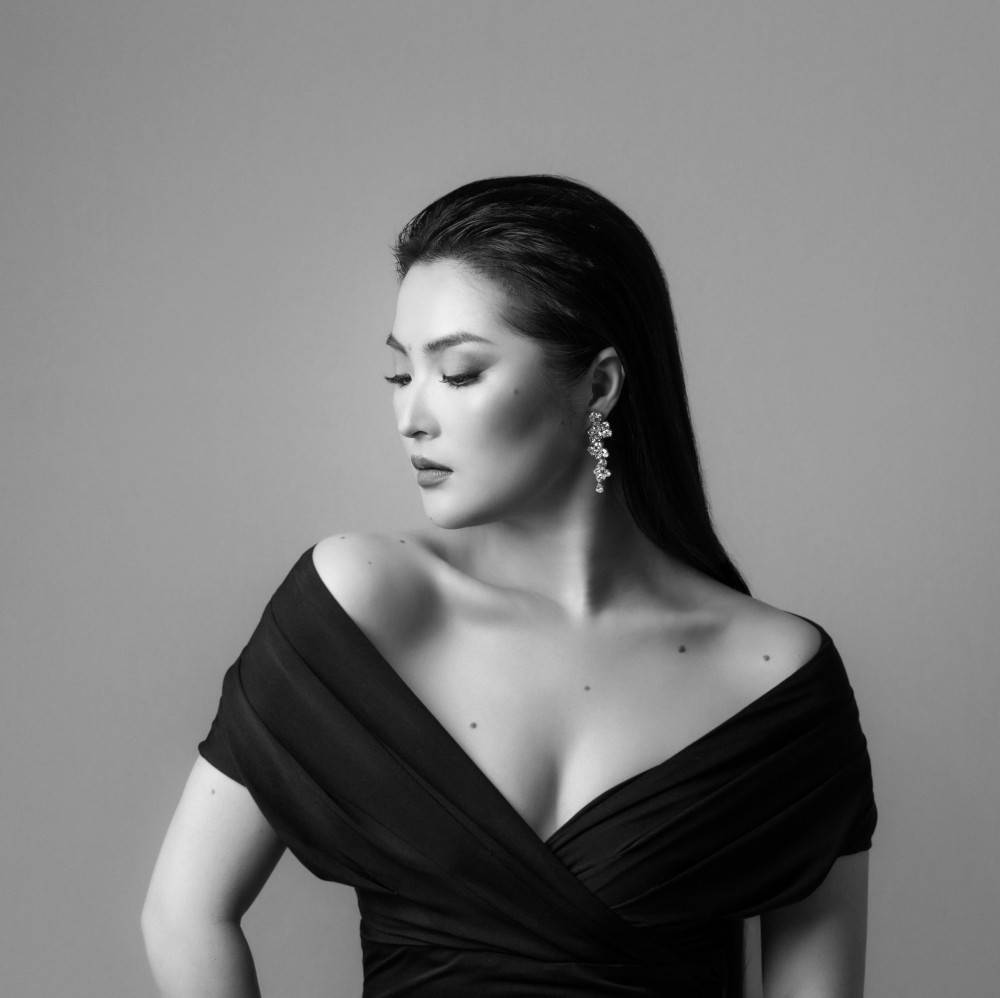 "Strikingly attractive voice of ebony colour" (Abendzeitung) - "Yajie Zhang's personality and her richly facetted mezzo-soprano were captivating from the very beginning.” (RBB Kultur). Standing out in opera, concert and song recitals alike with her colourful timbre, flawless voice, and remarkable receptivity, the young mezzo-soprano is critically acclaimed as a "voice that is something to look out for.” (Operawire).

Current season highlights include Yajie Zhang's return to the Bayerische Staatsoper in Rossini's La Cenerentola and Frank Castorf's production of Braunfels' Die Vögel, as well as appearances in the new productions of G.F. Haaas' opera Thomas, in Parsifal by Richard Wagner, Weber's Der Freischütz and The Cunning Little Vixen by Leoš Janáček. A member of the Young Singers Programme at the Bavarian State Opera in Munich since the 2020/21 season, she sang her Munich debut in Castorf’s new production of Walter Braunfels’ Die Vögel, then sang Flowermaiden in Parsifal, Dryade in Strauss’ Ariadne auf Naxos, and Kitchen Boy in Dvořák's Rusalka. Yajie Zhang gave her opera debut as Maddalena in Verdi’s Rigoletto with the Shanghai Symphony Orchestra at the Shanghai Oriental Art Centre. Since then, she has performed at Staatstheater Braunschweig, Theater Trier, and at the NCPA in Beijing, where she recently portrayed Nicklausse/Muse in Offenbach’s Les Contes d‘Hoffmann under Pinchas Steinberg. She returned to Beijing in the role of Cherubino in Mozart’s Le Nozze di Figaro.

As a recipient of fellowships from the Richard Wagner Foundation (2016) and the Lied Akademie Heidelberger Frühling (2019), she has performed song recitals at the Amsterdam Concertgebouw, Schleswig-Holstein Musikfestival, Berlin's Pierre Boulez Hall, the St. Petersburg Philharmonic Hall and the National Centre for the Performing Arts (NCPA) in Beijing.

An avid concert and oratorio singer, Yajie Zhang sang Beethoven’s Symphony No. 9 with the China Philharmonic Orchestra under Yu Long at the Beijing Music Festival in 2019, followed by a spectacular jump-in with the Shanghai Symphony Orchestra and Jukka-Pekka Saraste with Mahler’s Rückert-Lieder. That same year, she appeared as a guest with the Shanghai Camerata under David Stern at the Shanghai Baroque Festival. She opened the 2020/21 season with concerts at the Bavarian Academy of the Fine Arts, performing works by Zemlinsky and Mahler alongside musicians of the Bavarian State Orchestra and Peter Hirsch.

Born in the Anhui province of China, Yajie Zhang began her vocal studies in Shanghai, during which time she was also a member of the Zhou Xiao Yan Opera Centre. In 2020 she completed her studies in Hannover with Marek Rzepka and Justus Zeyen, complemented by master classes with Brigitte Fassbaender, Thomas Hampson, Roman Trekel, Wolfram Rieger, Burkhard Kehring, Hartmut Höll, and Thomas Quasthoff.