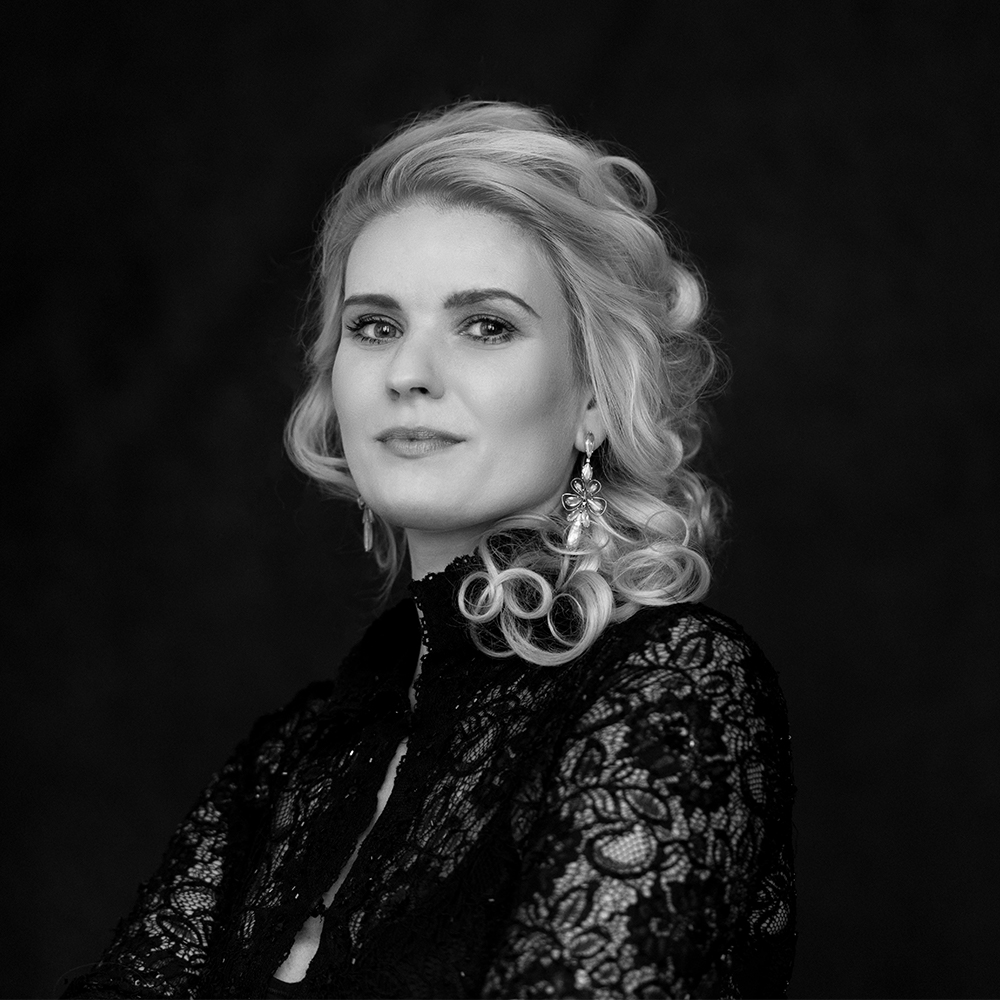 "Spectacular" (concerti): Hailed by the international press as a singer "on a par level with history's very greatest" (Mundo Clásico) with a "breathtaking top register" (Abendzeitung) and "stunning ease" (concerti), German soprano Sarah Traubel has emerged as one of the most fascinating vocal artists in Europe. This year sees her collaborating with world-leading ensembles and conductors in a diverse repertoire ranging from sacred music by Bach, Händel and Pergolesi, to Mozart's Contessa in Le Nozze di Figaro, to Wagner, Strauss and Mahler. 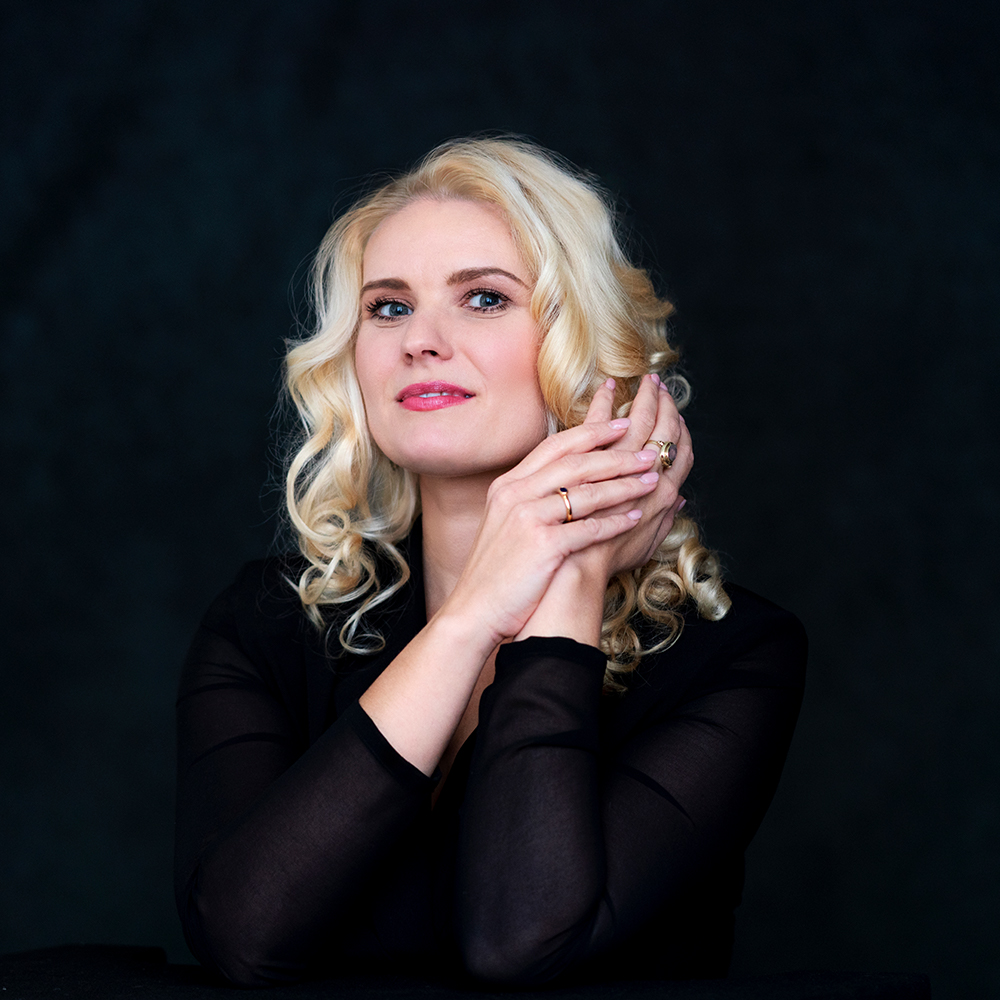 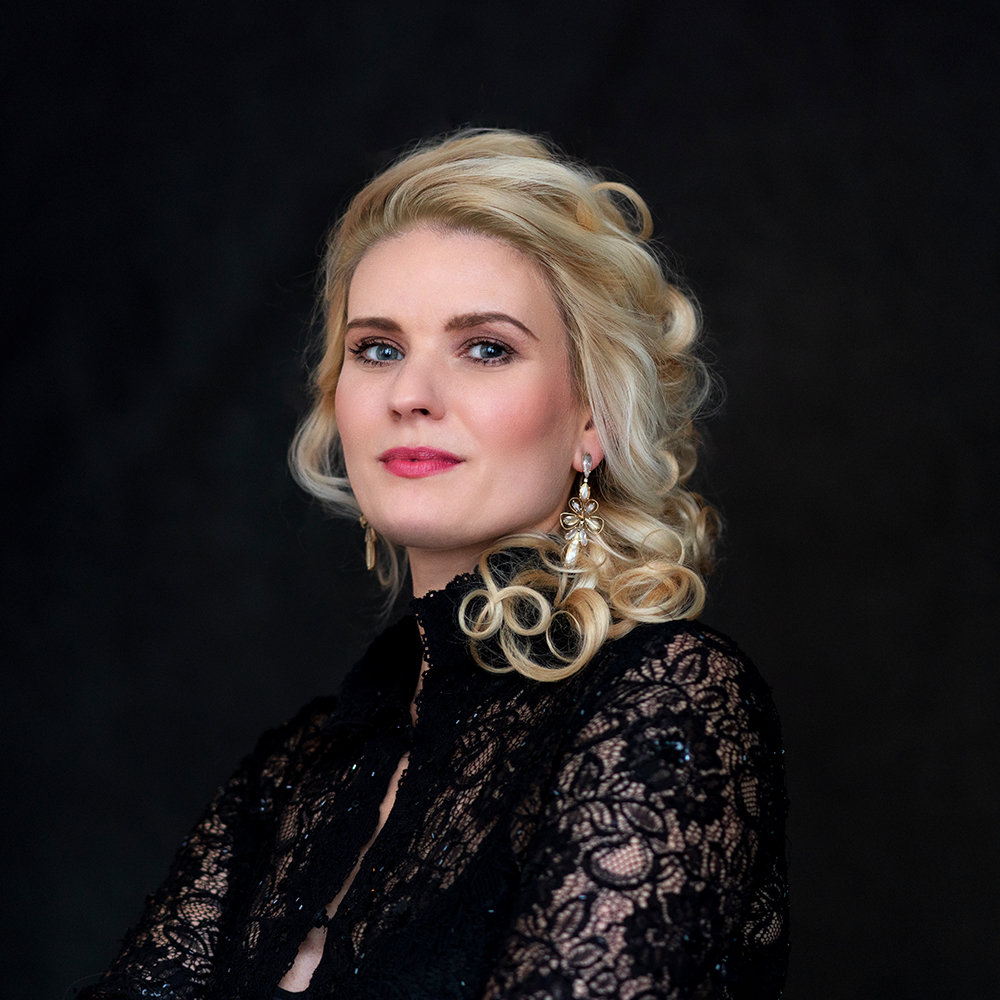 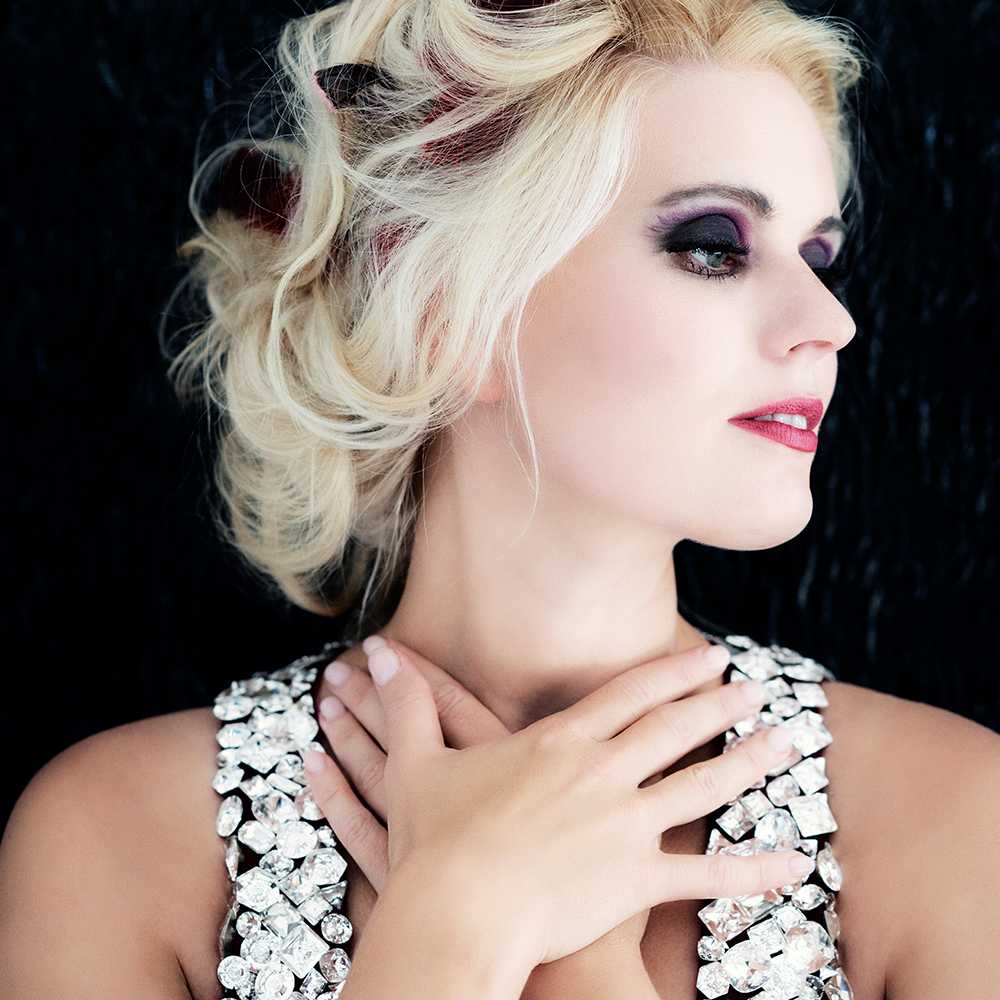 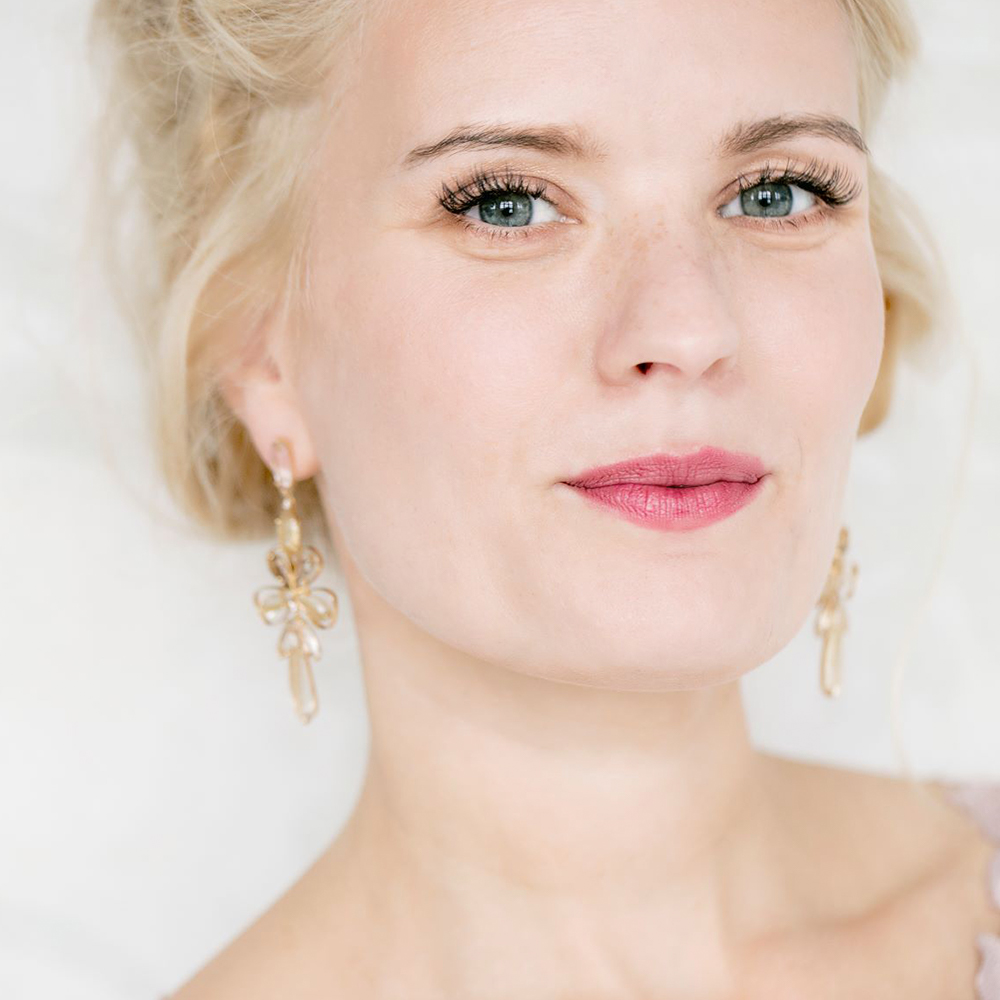 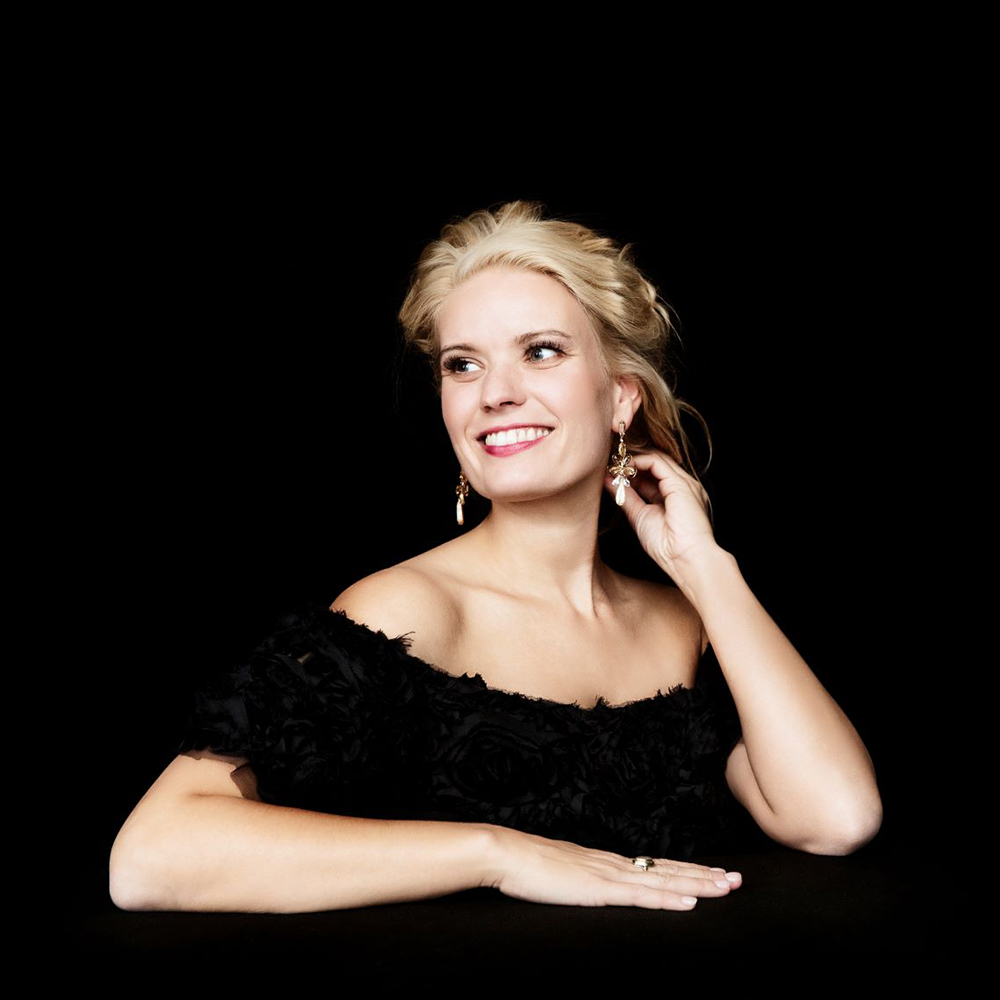 Sarah Traubel, grandniece of legendary Metropolitan Opera diva Helen Traubel and of conductor Günter Wand, began her singing career in her hometown of Mannheim, Germany, at age seventeen. Following her studies at Universität der Künste in Berlin, she then graduated from the Salzburg Mozarteum with distinction. Sarah also obtained a master’s degree from the Manhattan School of Music in New York. In addition to her formation by Barbara Bonney in Salzburg, her studies with Francisco Araiza, Julie Kaufmann, and Angelika Kirchschlager were of particular importance for her further development. Today she works with Danielle Borst.

In 2020, Sarah Traubel was invited to appear as Queen of the Night (Die Zauberflöte/Mozart) at the Festival de Beaune, in Jerusalem and at Musikfest Bremen, among others. She made her début at Theater Freiburg, where she was a member of the ensemble, in the 2016/17 season as Queen of the Night. During the 2018/19 season she successfully sang her role début as Donna Anna (Don Giovanni/Mozart). In Darmstadt she sang Ilia (Idomeneo/Mozart), Frankfurt saw her highly successful début in Beethoven’s Symphony No. 9 earlier this season, leading to an immediate invitation to return with this work. In 2019 Ms. Traubel performed Mozart and Haydn concert arias together with The English Concert, to great critical acclaim. Critically acclaimeed role débuts of 2020 further included the role of Contessa in a new production of Le Nozze di Figaro, and in Mahler’s Symphony No. 4. Together with countertenor Andtreas Scholl, Sarah Traubel sang Pergolesi's Stabat Mater at the occasion of the only concert honouring the 100th birthday of Pope John Paul II.

Ms. Traubel won international acclaim when she stepped in at short notice at Zurich Opera for Eva Mei as Konstanze, in a gala performance of Mozart’s Abduction from the Seraglio. Since then, she has collaborated with leading conductors including Daniele Gatti, Ingo Metzmacher, and Adam Fischer. At Zurich Opera, Ms. Traubel appeared among other roles as Queen of the Night (The Magic Flute/Mozart), Titania (A Midsummer Night’s Dream/Britten), Rosina (La finta semplice/Mozart), Amor (L’Anima del filosofo/Haydn), and Engel (Palestrina/ Pfitzner). At the Salzburg Mozarteum she had her successful debuts as Amor (Orfeo ed Euridice/Gluck) and Ilia.

A passionate actress on the opera stage, Sarah Traubel has collaborated with eminent stage directors including Harry Kupfer, Jan Esslinger, Joan Anton Rechi, Nina Russi, and Jens-Daniel Herzog. In addition to her operatic work, she is also a successful oratorio and Lied performer, appearing at major international festivals suchs as Musiktage Mondsee and the Haydn Festival at Brühl Castle. Her SONY Classical debut CD "Arias for Josepha" of Mozart and other virtuoso coloratura arias was released in 2020 and received worldwide critical acclaim, including a four-star review by Gramophone ("A colourful debut ... Sublime.")