Felsner Artists creates a new segmet in its roster: "Play-direct" brings together some of the orchestra world's most admired instrumentalists for a special purpose - passing on their outstanding expertise in leading world-class orchestras, in play-conduct roles, as soloists and conductors: Working with symphony orchestras and chamber ensembles around the globe to lead them in major concert programmes, digital formats and challenging recording projects, in masterclasses for concertmaster auditions and other ideas to prepare orchestras for the challenges of new programmes and new audiences.

Valery Gergiev has signed an agreement with Felsner Artists for international representation. Maestro Gergiev, the Artistic and General Director of the Mariinsky Theatre and Music Director of the Münchner Philharmoniker, retains the firm founded by Marcus Felsner in Munich, at a time of fundamental change for the performing arts, for a specific set of new needs: "Reaching worldwide audiences through new media channels and protecting artists' legacies have become critically important. Marcus' background in law, business administration and the non-profit sector, and his understanding of the arts are a particularly valuable combination," Valery Gergiev commented.

Valery Gergiev and the Mariinsky Theatre will continue to build the exceptionally close relationships with many of the world's greatest orchestras, festivals and opera houses. Long recognized as one of the leading conductors of our time, Valery Gergiev came to immediate worldwide recognition when, still a conservatory student, he won the Herbert von Karajan Competition in Berlin in 1977 and, as of the 1980s, was quickly invited to conducting débuts at Teatro alla Scala, the Concertgebouw Orkest, Vienna Philharmonic, Berlin Philharmonic, the Royal Opera House at Covent Garden, Metropolitan Opera, and many of the leading festivals and orchestras of the world, creating sensation wherever he appeared.

His performances at the Schleswig-Holstein Musik Festival in 1988 and 1989, next to those led by Leonard Bernstein and Sergiu Celibidache, were considered major milestones in the festival's history, as were his débuts with the Rotterdam Philharmonic and the London Symphony Orchestra, which both made him their music director in 1995 and 2007 respectively. Maestro Gergiev also led the way in building a lasting presence for the Mariinsky Theatre in Asia, first leading groundbreaking tours to Japan, and created an especially close following among audiences in the US, with historical tours of opera, ballet and symphonic performances to North America.

As the Artistic and General Director of the Mariinsky Theatre since 1996, Valery Gergiev has turned the Mariinsky complex into one of the most respected artistic institutions of the world, with a truly global audience, leading digital broadcasting and unparalleled touring activities. The close partnerships formed in three decades with leading presenters, concert halls and festivals on all continents will continue. We are honoured to welcome Maestro Gergiev at Felsner Artists!

An IAMA interview with Marcus Felsner 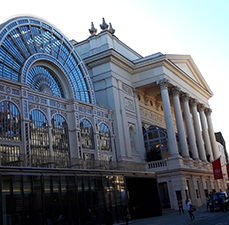 Your curriculum vitae has a skill set and training that is different to the average manager in the classical music world. What made you change your career path from practicing law to artist management in the classical music industry?
I had a vocal training and had regularly performed as a teenager and young adult but then became a business lawyer and eventually the managing partner of a global professional service firm and some sort of business diplomat. Still, all my friends continued to be musicians, I wrote essays and books about music etc. It may sound lofty but I felt that, having reached a certain age and a level of despair in light of the ramping intolerance and ignorance in our societies, art was the only thing that could save us from falling back into barbarism. What artists do, matters in that struggle; what bankers and business lawyers do, does not.

What do you think classical music managers can adapt from other sectors to improve their business?
We operate in an extremely conservative environment and tend to ignore the fact that our total market volume is stagnant at best. Like all service providers we are additionally faced with business risks coming from both changing service needs among artists and the increasing scarcity of qualified people willing to work under the conditions which the industry currently offers. In profit-oriented industries, management and staff are used to constant critical reviews of mission statements, strategies, and business processes. That is an attitude I find extremely useful also for us.

Do you have a personal vision you can share about the business of classical music?
As a business person I will say this: Classical music is not a business. The steps that make its performance, broadcast, recording etc possible, may be a business, but this is a small part of relatively minor importance, also in terms of the financial stakes compared to real business sectors. I do not preach the ivory tower when I say that what matters is that the performance of true art, worthy to be remembered ideally by generations to come, is being made possible thanks to a professional environment that helps exceptionally gifted artists meet sufficiently receptive audiences.

What do you enjoy doing in your free time?
Only recently did I realize that not everybody in our field genuinely enjoys going to concerts and performances for the simple joy of discovering something new, without having any second thought about the business. I cherish my childlike curiosity and feel protective about it - other than that, I read, I write. 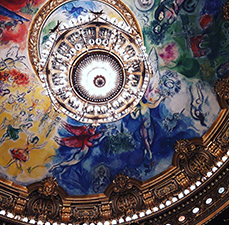