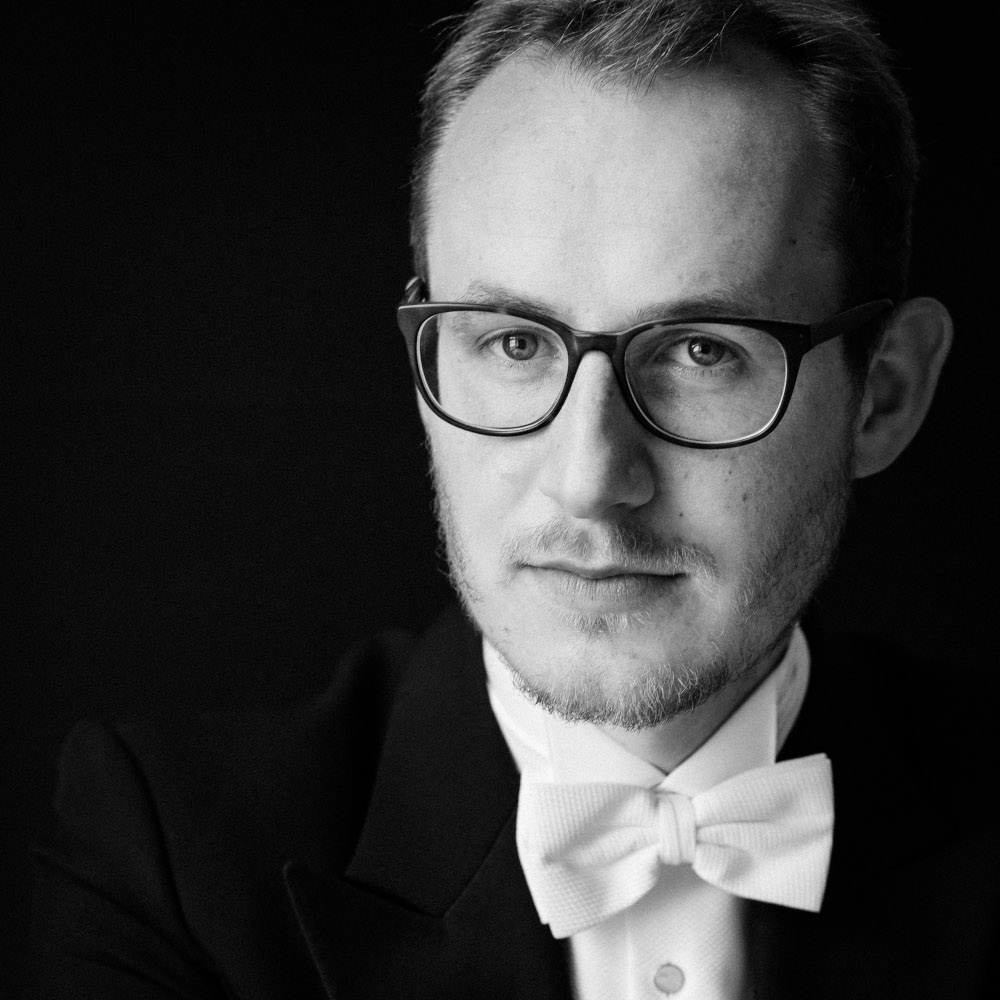 A member of the Berliner Philharmoniker since 2008 and an assistant conductor of the Orchestre de Paris as of 2019, Simon Rössler has quickly risen to international attention as an exceptionally gifted German conductor in both opera and concert.

Simon Rössler conducted musicians of his Berliner Philharmoniker, of which he continues to be a member in addition to his conducting career, in the course of the 2020 Beethoven anniversary celebration in a remarkable education project with Beethoven‘s Fidelio being performed with inmates of a Berlin prison. A similar project had been created under his baton with the Berliner Philharmoniker performing Wagner's Parsifal. At the Baden-Baden Easter Festival he conducted the Berliner Philharmoniker in an academy production of Carmen, in 2018 he conducted the same ensemble with Mozart‘s La finta giardiniera. His conducting debut at Komische Oper Berlin occurred in 2016 with the legendary Barrie Kosky production of Mozart‘s Magic Flute. At the Heidenheim Opera Festival he conducted the Stuttgart Philharmonic in 2015 in Verdi‘s Macbeth and in 2016 in Puccini‘s La Bohème. His conducting debut in opera was with Verdi‘s Rigoletto in 2014 in Switzerland. With the Trossingen Music School Orchestra he conducted Mozart‘s Le Nozze di Figaro.

As an Assistant Conductor with Orchestre de Paris he has been working with Daniel Harding since 2019 and also assisted Paavo Järvi and Alan Gilbert. His appearances in radio and television programmes such as "Musik Debüt", German national television ZDF’s Sunday Concert and the SWR Stuttgart Radio programme 'Viva Musica', his performances were noted by a wider audience.

Simon Rössler studied percussion, piano and conducting in Stuttgart, Trossingen and Berlin. He completed his conducting studies with Sebastian Tewinkel with a master’s degree. Conducting masterclasses with Kurt Masur and Daniel Barenboim had also been a strong influence as early as 2004. Simon Rössler was awarded a scholarship of Studienstiftung des Deutschen Volkes, Germany"s most prestigious national scholarship, and won numerous awards and prizes at international competitions, including First Prize at Concours de Timbales in Paris, at the German division of Grand Prix de l'Eurovision and with the Klingenthal International Music Competition.