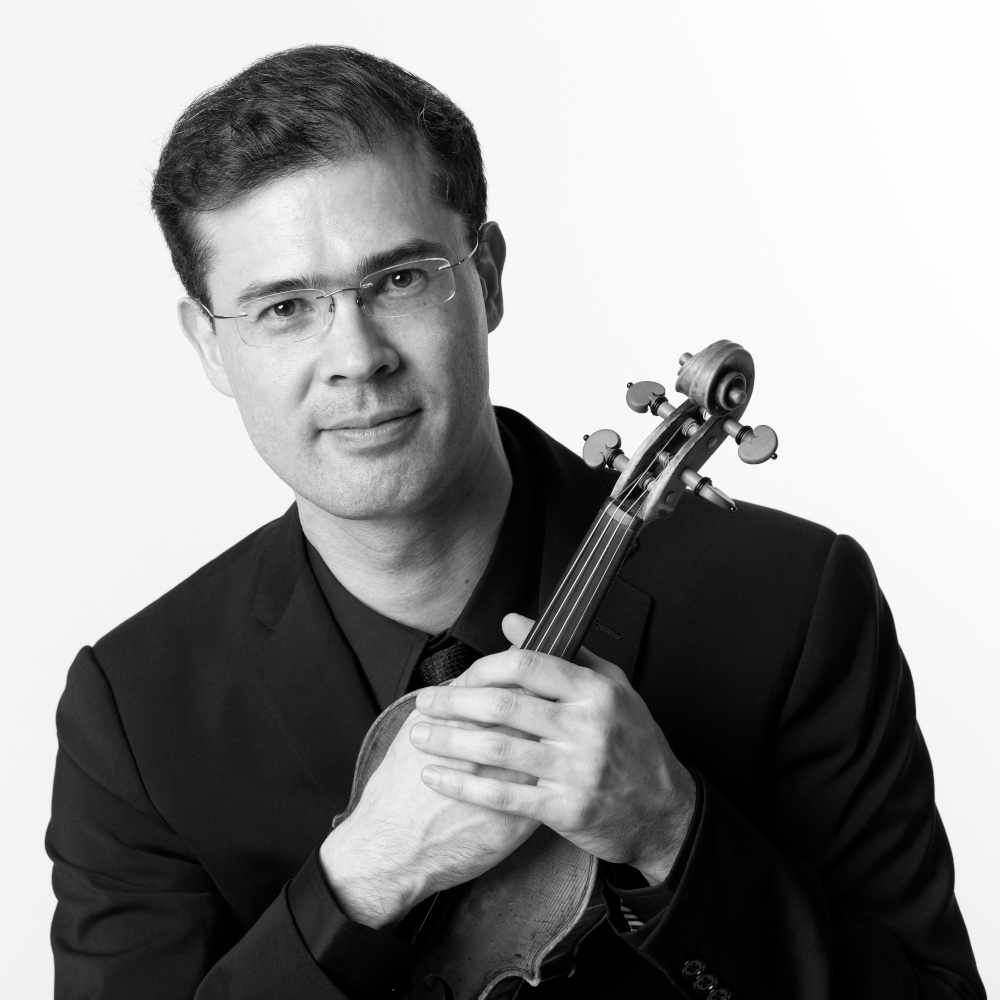 A much sought-after orchestral leader and director, Tomo Keller regularly performs with the Academy of St Martin in the Fields and other major orchestras around the world, including the London Symphony Orchestra and the Swedish Radio Symphony Orchestra. One of the most admired violinists of his generation, he leads orchestra and chamber ensembles in groundbreaking performances and recording projects.

Tomo Keller has performed at major concert halls all around the world, most recently at the new Philharmonic halls of Hamburg and Paris and has been invited both as soloist and chamber musician to music festivals including the Schleswig Holstein Music Festival, Mecklenburg-Vorpommern Festspiele, Edinburgh Festival and Bravo! Vail Colorado. He has also been a frequent guest on radio and television broadcasts on ARD, BBC, NHK and ORF.

Tomo Keller is a much sought-after orchestral leader and director, having led the London Symphony Orchestra as Assistant Leader from 2009-2015. 2014-2019 he was 1. concertmaster of the Swedish Radio Symphony Orchestra and has also appeared with more than 20 orchestras as guest leader all over Europe, the US and Asia. Tomo was appointed Director and Leader of the Academy of St Martin in the Fields in 2016 and is appearing with them worldwide as leader, director, chamber musician and soloist.

Tomo’s recordings include solo works by Bach, Bartok and Ysaye, orchestral recordings including Stravinsky’s Apollon musagète with Sir John Eliot Gardiner/LSO and Avant Gershwin with Patti Austin and the WDR Big Band, which garnered a Grammy in 2008.

2020 a DVD/CD box set with all Beethoven piano concertos was released by Deutsche Grammophon to great critical acclaim, featuring pianist Jan Lisiecki and Tomo Keller directing the Academy of St Martin in the Fields.

This year a CD with works by Kurt Atterberg will be released on Ondine, featuring the Swedish Radio Symphony Orchestra and Tomo as soloist and director in Atterberg’s Suite for violin and viola.

Tomo Keller was born in Stuttgart in 1974, to German-Japanese musicians, and started playing the violin at the age of six. At ten years old he gave his first performances with orchestra. He studied at Vienna’s University for Music and Performing Arts and New York’s Juilliard School of Music. Numerous top prizes and awards followed, at the Fritz Kreisler Competition, the Johannes Brahms Competition and the German Music Competition Berlin where he was awarded the Grand Prize. He was also one of few instrumentalists to receive the Aalto Stage Prize for young musicians. He has given violin, chamber music and orchestral master classes at all major London Music Colleges as well as at Yale university and numerous other schools in the US and the Far East.

Tomo Keller plays a violin by G.B. Guadagnini, Turin 1778, kindly made available to him by the Swedish Järnåker Foundation.